Maa Vaishno Devi’s mahima is everlasting. Her darshan fills every devotee with immense peace and contentment. Every year millions of devotees visit the holy shrine of Maa Vaishno Devi in Jammu to find solace and seek Maa’s blessings.

Being one of the most visited pilgrimage sites in India, the massive rush is witnessed especially during the auspicious days, thereby making it difficult for thousands of willing devotees to embark on this sacred journey.

To enable these devotees to receive Maa’s blessings, we aspired to bring Maa’s divine darshan closer to her bhaktas. Vrindavan, being a place of spiritual interest and inextricably linked to Lord Krishna, proved to be a perfect setting. Hence, with the intent of following Maa’s directions, we purchased a small piece of land in May 2003. Spread across 12 acres of land, the Maa Vaishno Devi Dham provides an opportunity to all the devotees of Maa Vaishno Devi to worship their goddess and serve the poor alongside.

Since its inception, the beauty and virtuousness of this holy place have attracted millions of devotees. It is the charisma of Maa and the love of her dedicated admirers that has helped us create the magic of Maa’s darshan in the pious land of Lord Shri Krishna.

The breathtaking Maa Vaishno Devi’s Murti was built later which added another dimension and charm to the Dham. The 141 feet tall statue of Maa is an elegant rendition of Maa Vaishno Devi built to thank the goddess for all the love, affection and care she has bestowed on her staunch devotees.

It is due to the unflinching faith in Maa that over 25 Lakh devotees thronged the Dham from all parts of India for her splendid darshan in the second year of its establishment.

The sweet songs of Maa and jingles in her praise by her followers have converted the entire Dham into a magical place. The numerous Ratri Jagrans, Maa Ki Chowki, Langars, Spiritual Discourses, Yagnas etc. have transformed this place into a divine district.

One of our key objectives has always been to keep this holy place clean and welcome all its devotees throughout the year. With the blessings of the goddess, we have been successful in setting new standards of warmth, cleanliness and upkeep of Hindu devotion at the temple. It is the strength and righteousness, which Maa has bestowed upon the organizing and administrative team at the Dham, that the entire staff has devoted themselves towards the cause and work of the supreme deity.

Every year we relentlessly work hard to further enhance the facilities and experience of Maa’s pilgrims at the Dham and make their visit a memorable event. 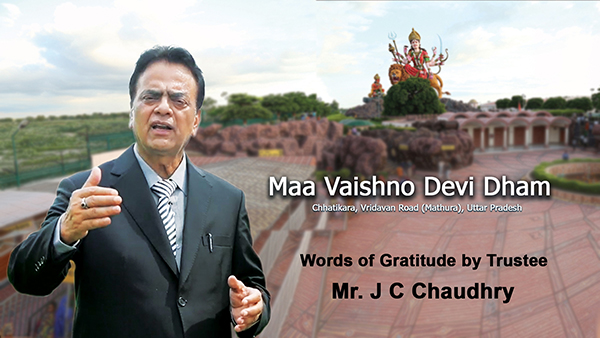 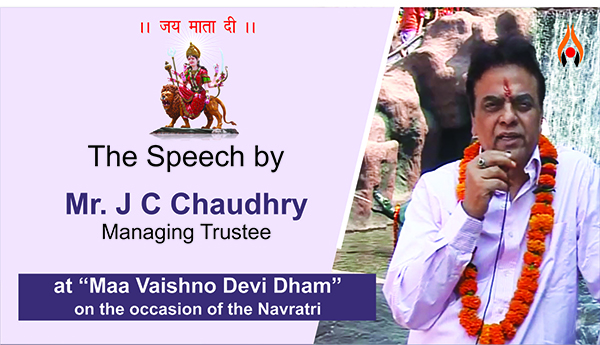 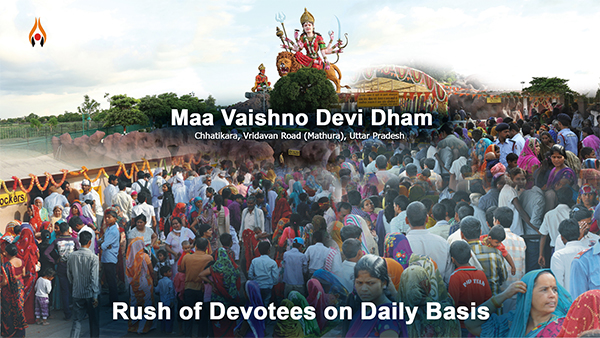